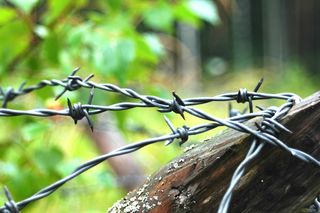 People have been occupying everywhere according to the news: Wall street, Rome, Madrid. Roads are blocked and cars get burned. The protesters are angry that their life savings have diminished, and the traditional mass media is happy that it’s discovered a life-saving topic.

The big picture seems to be as clear as it can be: The Rich vs. The Poor. But the more I think about the Occupy movements, the less clearly I understand: Who is fighting against whom? I see photos of students pepper-sprayed by police officers but cannot find bankers and laid-off workers engaging in fist fights (which I was secretly hoping for). I even wonder: Is this a real fight at all?

The occupants are very clear about the problem, or crisis, occurring in their lives—faith in middle-class life—and have traveled very far to voice their opinions. But is the cause, or the enemy, clear? The “enemies” should be the executives in the financial industry and the government officials who have skewed the financial system for decades. Yet I am not sure if they are the root cause. If it is true, ridding us of the bad guys and re-establishing the financial system should bring job security back to the 99%. The former might happen. But the latter might not.

I have an idea about who is really “stealing” the promised middle-class life from the Occupants. The reassuring fact is that they are familiar: Yes, they are workers from Asia. The bad news is that they are closer than we think: They don’t work in sub-human air-conditioned factories in Shenzhen anymore. Instead, they work inside universities, financial industries, Silicon Valleys in the developed world. Yes, it’s Chen and Kapor who used to work next to you in the company you no longer belong to. They are the ones taking away the dream life you thought you were entitled to.

Then why don’t we see those “real” enemies coming up in the newsfront? Because they don’t fight. They don’t have to. They can do one thing those crusaders in the Occupy movement cannot: Walk away. The “new nomads” are not bound to their traditional environments. And when they (eventually) leave, they also bring the job—the job middle-class citizens in the developed world should have gotten—along with them, elsewhere.

Both the protesters and defenders have nowhere else to go. That’s why they have to fight. The protesters have already tried (inside their home country) and failed. The bankers and government officials know they cannot leave either: They have optimized their whole lives to niche roles in this society; they cannot move away (with their cushy incomes intact). Both sides are defending their home turf. No one will budge.

But the new nomads from the emerging world are not fighting. They aren’t bound by physical restrictions—if they can’t find a job in the United States, they can just fly back to their home countries, which is exactly what’s happening and why the IT industries in China and India are starting to dominate the game. They aren’t bound by mental restrictions either—they have already learned to leave everything behind when necessary. As Sun-Tzu said, a true victory is about winning the battle without engaging in a fight. New nomads know this, at least subconsciously.

I went to the Occupy Movement in Taipei. They “demonstrated” through the first floor of the 101 Building for several hours (and probably contributed to the publicity of the facility). They it started to rain and got cold so everybody went home to have warm dumplings. The Occupy Demonstration in Buenos Aires, I was told, lasted for a couple of hours. Maybe they were busy engaging in siesta, or eating a mucho amount of beef.

Where are these differences coming from? Both Taiwan and Argentina are the suppliers of new nomads. I think both Taiwanese and Argentineans know they are far away from the battlefield. They are at the base station, not the frontline. Why should they fight here?