One of the reasons we budding writers like events is there is so much to write about without the agonizing 10pm-drafting-turning-into-pondering-about-life-turning-to-PlayStation moments. That already half-explains why iPad is the ultimate time killer as the title says: everybody fill their time thinking or writing about it. 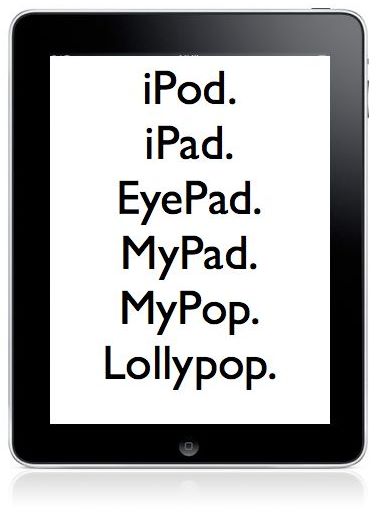 With self-respect I will milk this opportunity as much as possible while it is still hot.

Unremarkable design? No: it is the first realistic "handheld" computer.

At first sight it is just a bloated version of iPod Touch or iPhone. Or a smaller MacBook Air screen sans keyboard. It has the same metal frame, home button, and black edge. That edge with a wide margin is what makes us feel unimpressed. It is after all, a gimmick for an excuse of not filling the entire surface with actual screen, right? That was the past; not anymore. Check this video (from TechCrunch) and we'll see.

The black area works as a palm rest! Since it covers all over the screen, we do not have to force ourselves to keep the iPad in one position. Left, right, up, down, whichever orientation will fit our hands (body). As Jonathan Ive noted in the Apple's official iPad introduction video, I don't have to change myself to fit the product. It fits me.

Everything is on the web. Finally.

From the hardware point of view, iPad is a browsing machine. That is it. It is not a phone nor a computer in the "desktop" sense. Yet it can work as a universal computing device for ordinary people. Web, book, game, movie – most daily usages are covered. Apple did not create the infrastructure. It waited patiently, and then when the timing was ready, it presented a killer machine that finally utilizes the potential of the Internet.

The iPad will be remembered as a symbol highlighting the turning point from the age of local ownership to the age of shared network. Don't think about storing locally. Just put it up there or take it from there.

Their waiting for the right timing also highlights what makes Steve Jobs and his pals truly awesome: they can be both extremely confident (build what is essentially a 10-inch screen and show it as the new reality) and equally humble (wait for this long until the infrastructure gets built).

Other companies, such as MS, are just the opposite. They (we) are non-confident (add hundreds of unnecessary options to whatever they make to show themselves off) and non-humble (tried to sell tablet computers 10 years ago).

So is iPad a Kindle killer? Or is it just a bloated piece of iPod Touch? Continued to the next entry…