Everybody above 3x years old remembers the first encounter with the hologram technology: Star Wars. Back then (legend has it that it happened a long time ago), hologram was used as a communication device. Watching the movie, we were collectively in awe with George Lucas's vision of the future. That's how we will be going to communicate!

More than 30 years later, it has finally arrived. In a glorious pyramid shape, in colored format, titled HoloAD, stored in a coffee shop. 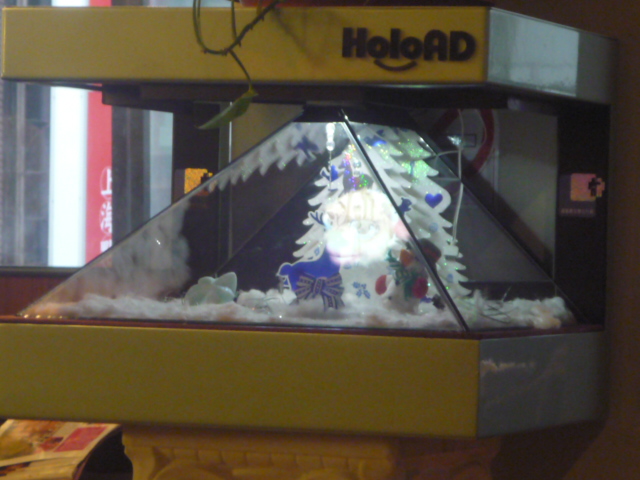 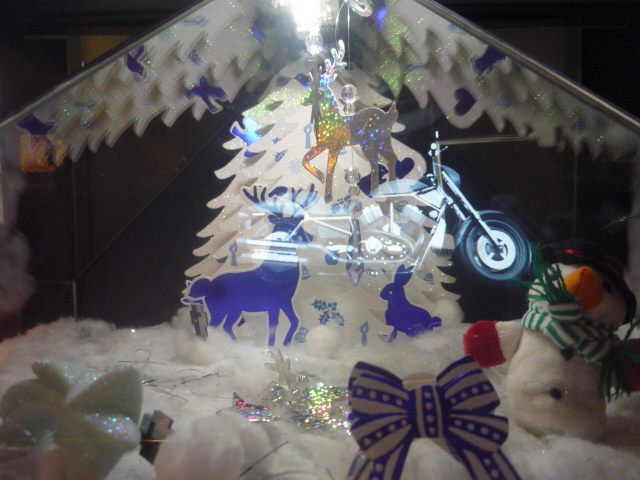 Some customers took a look for 10 seconds, then moved on with their chat, food, or homework. Yours truly is the only one who took a photo. Otherwise, the box is sitting still in the corner, showing repeated rounds of messages, figures, and the globe (why is it always the globe?). Aren't we supposed to get excited with the new communication tool? It feels strangely odd to meet the future that has arrived with a collective yawn, including mine. We are ignoring the potentially groundbreaking visualization tool turned advertisement, and return to our voice channels and text messages. It's not because the technology isn't awesome. It is because it is used as an advertisement machine.

This is not the first time that an innovative virtual reality technology quickly turned into an advertisement platform. AR = augmented reality is one such thing (though we still have hopes for more practical usages).

The irony is that here, a 21st century technology (virtual reality) is used in a 20th century thinking (advertisement). By all account, advertisement is certainly producing billions of income for Google. But we no longer buy things because of marketing pitches; nowadays we buy something because we already know it works, thanks to endless Web2.0 services, Twitter rumors, and online reviews.

If an offering is that good, somebody is already using it, and telling everybody so. That message might start as a personal opinion, but thanks to the inevitable publication of our personal accounts, it propagates beyond our social circles. We all are broadcasting stations, and when anybody can say anything and can reach anywhere, genuine and accountable message matters most. That is the only way to distinguish signal from noise.

Another groundbreaking prediction made in a movie, Minority Report, therefore should (I hope) see the same fate as the hologram. Die a quiet life as an advertisement scheme, and live a prosperous life as something else.