One of the more authoritative British media, BBC news has declared that fat people with distorted self-image were expelled from an elite dating site.

"As a business, we mourn the loss of any member, but the fact remains that our members demand the high standard of beauty be upheld," said site founder Robert Hintze.

"Letting fatties roam the site is a direct threat to our business model and the very concept for which BeautifulPeople.com was founded."

I am not sure if we are supposed to be angry at the racist behavior of high-class snobs or laugh until our jaw drops off. I guess the writer aimed the former with the intent of the latter. Whatever the reader thinks, the news article is doing a huge favor to beautifulpeople.com. What makes that site different from 1000+ other dating services is its exclusiveness, and the founder knows it. We don't need you is their business operation mantra. Isn't that every entrepreneur's (secret) wet dream?

Here is a banner from the website. A List Apart has a collection and analysis of the greatest copy ads ever written. Usually I support whatever stuff is written in that site, but this time I am not 100% positive just because Too ugly to sign up? is not included.

P.S. Here is a snippet from the A List Apart article. Doesn't copy ads look lame when stripped of context? When it rains, it pours! / What we want is Watney's / Does she or doesn't she?

If someone says these phrases to me I would gaze into their eyes to check if there is any sign of focus. Which will encourage them. 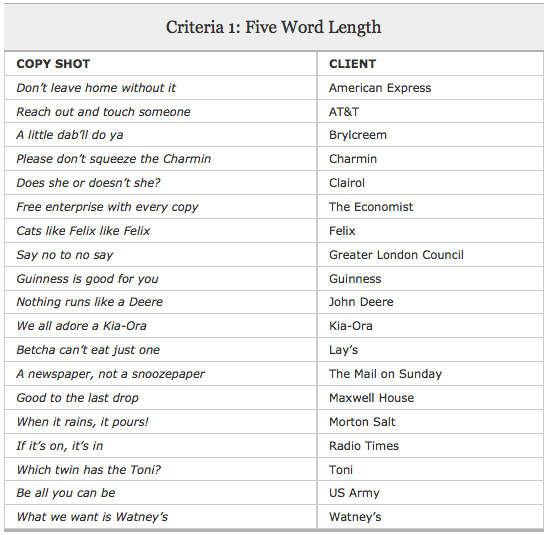