Thousands of organizations, corporates, and government agencies pour millions of dollars to teach people what to do, or what not to do. Don't stand on the gangway, buckle your seat-belt, throw away your water bottle before boarding (but you can buy the US$5 certified Evian on the flight).

Some of them are becoming so common we hardly notice. Warnings on cigarettes and beverages is one such thing–the same old sterilized warning message tucked at the end of the advertisement. I believe these safety warnings turned into safe warnings phenomenon are due to the contradiction that the government, this case Taiwanese, plays both the merchandiser's role (they sell cigarettes directly and collect tax from alcohols) and protector's role (they build hospitals and health care system from money made by selling cigarettes and alcohols). Ultimately, they want more people to buy beverages. Who can blame them?

Therefore, on locally-produced cigarettes we do not see that much of warnings as a logical consequence. Looks like it's a different story for imported cigarettes. The government has slapped much harsher warnings – with a dose of creativity – on top of their packages. Ladies and gentlemen, our government has stepped up their actions to protect the good citizens from the harmful influence coming from imported cigarettes. Let's see if those evil companies change their policy, stop importing the toxic goods, and start producing them locally.

Let's take a look at a pack of Pall Mall Silver from the US. First of all, a close-up photo of a pregnant woman's belly has been placed on top of the package. By doing this, I believe the authorities have succeeded in scaring at least 50% of the potential total population. My theory is that threatening pregnancy and children works for women as much as grabbing balls for men: game over. 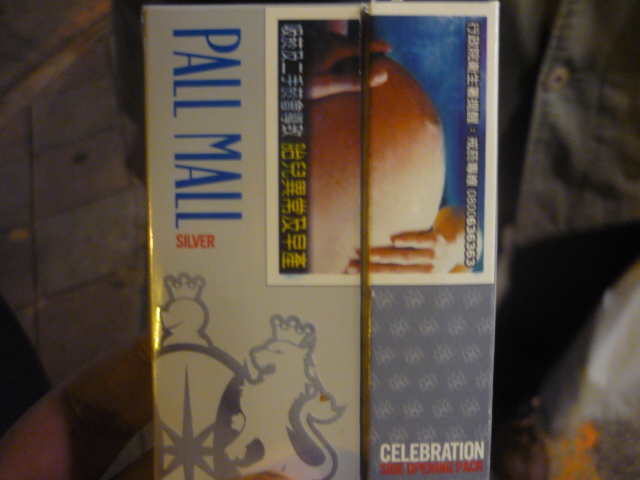 That wasn't the end, though. Considering the dismal number of female smokers compared to the male counterpart (I will be enough of a gentleman not to dig up the real statistics), the authorities decided that another warning signal with a broader appeal was necessary, something that appeals to everybody no matter what. So on the other side of the package, they inserted this photo of a ruined heart. That works (apparently not for my smoking friends). 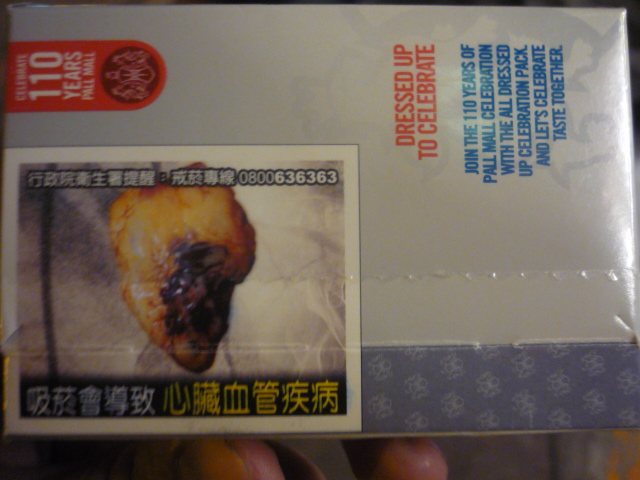 Doesn't it also remind us one of the many classic scenes from Clerks?