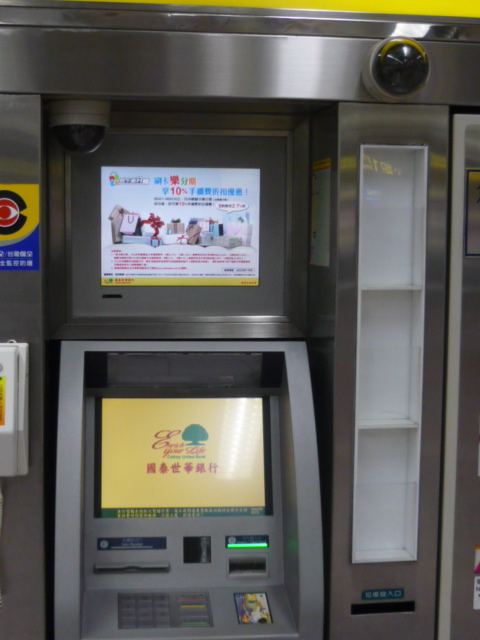 Now we have two security cameras for a single ATM: one for watching out, another for focusing on what we are doing with our hands. Sounds like the security is enhanced. Really? Let's take one step back and think about it.

What is the job of the camera that is staring at our hands? It sees card numbers, passwords, transactions. It knows all the secrets (Well, the ATM keeps them anyway).
But for what? Isn't it enough to check if someone suspicious is sneaking behind me (using that second camera looking outside)? Ok, probably it is to make sure that the card and its owner matches. That makes sense.

In other words, the second camera says it loudly that passwords do not protect us. We need something more secure, more personal…like fingerprints. For the record, I am against using fingerprinting for identification, especially because my home country forces every so-called foreigners, criminal and non-criminal, to take fingerprints as part of ID registration. For the credit card, I appreciate the idea (Money changes everything). Surely, they will make the finger print scanner like the one in laptops. Then we don't need another security camera for ATMs, which means one fewer Big Brother.

Bonus: Cindy Lauper, singing the new version of Money Changes Everything. I think she is one of the most graciously aging people I have ever heard of.