This is a typical scenery in Taipei – a shrine built into an ordinary building. At a glance it looks cheap. Some might even say it is a gimmick. But it is a shrine, in its true sense. 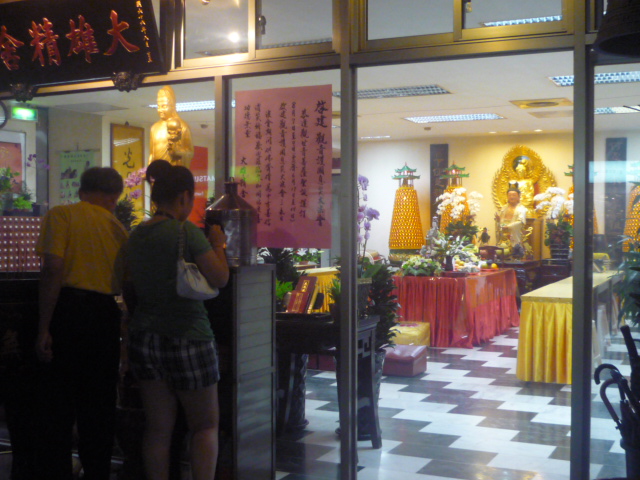 Aesthetically it might not receive great attention. Maybe it won't be added into the World Heritage list. A golden statue lit up by fluorescent lights is not the way to impress snobs cultural critics. But the most important aspect, respect, is always there. I have never failed to notice people paying genuine respect to shrines in Taiwan. They pray for the dead, wish for family health. In this respect, every shrine in Taiwan is genuine.