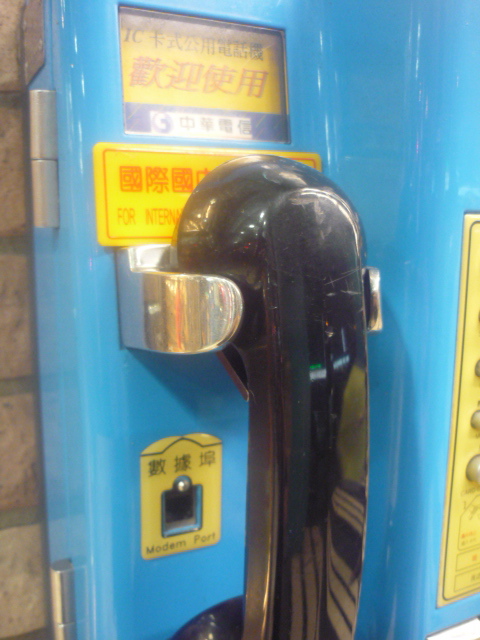 It is just a phone in a phonebooth, but it deserves to be part of permanent collections in any museum of modern technologies. First, it is inside a phone booth (rarity +1). Second, it has black, glossy, phone-like earpiece (rarity +2). Third, it has a modem port. THIS is what makes this payphone truly remarkable.

The modem port was created ad-hoc to serve a niche market (backpackers emailing on the road on a shoestring budget), later went public in the hope of getting mainstream, and then when its prime time has come, was completely replaced by a vastly superior "cousin" (LAN port with broadband). In another way, a regular Joe with a stable but boring job (connecting the phone and the cable) one day finds his hidden capabilities when he accidentally saved a young man's ass by routing his laptop to his email server (likely because he needed to file that his credit card was stolen on his road trip), decides to go mainstream, enjoy some high-time and…suddenly finds out his backers, lovers, and friends all have switched their attention to a more powerful rival who seemingly imitated his skills.

But probably the most astonishing fact is that this modem port still exists, and probably works. Blade Runner was right – the future won't appear as an all-reset, start-from-the-scratch reinvention but rather as a dull mixture of the new and the old in chaotic manner.