In theory, an advertisement should provide a consistent and persuading story which puts us into an imaginary world where everything just works. Therefore, at least inside that context, things always make sense. Wearing an OMEGA will suddenly make you as cool as James Bond! The truth is the other way around, James Bond makes OMEGA look cool, but inside the advertisement there is no logical contradiction – they just do not correct our conceptual mistakes. Ignorance is bliss.

Sometimes even OMEGA cannot prevent the illusion world crumbing apart when the message is incoherent. The below ad works on the surface, but a not-so-deeper look reveals its shortcomings: 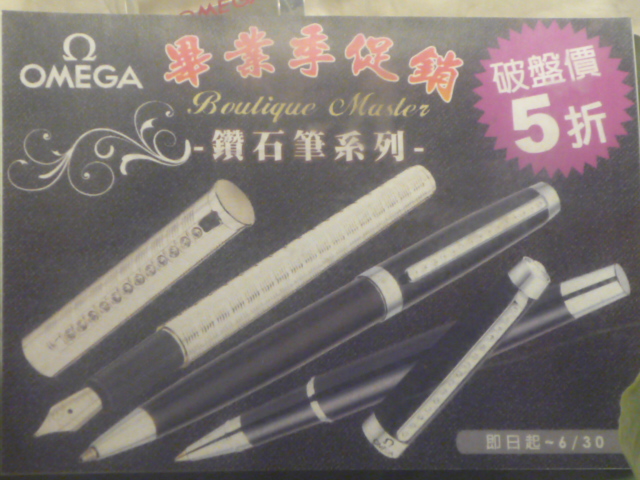 So this advertisement constantly gives us mixed information. Is it for the rich or the poor?

The bottom right corner shows the ad is effective until June 30th, which had passed more than a month ago. Nice touch, now the ad makes even less sense.