Taipei is going through a massive expansion of its subway system called MRT. It probably stands for Metro Railway Transit. I don't know. In Chinese it is called 捷運, literally Fast Transit: much better naming. Since the subway normally runs directly beneath major roads (which makes perfect sense), some of the major roads have been stuffed with construction signs for several years.

The most commonly found pacifier for citizens (or those who want to show off their brand-new Mercedes) is makeshift billboards saying "We're sorry" combined with an illustration of a middle-aged construction worker bowing to the audience. It is the standard methodology for similar situations in Japan and was somehow imported here. And it works. A hard-working, good citizen apologizing for causing inconvenience…who can complain against him? The real culprits are behind the doors, we all know, but once we see these billboards we lose our anger, logic, or reasoning. Maybe it is because we are too accustomed to complaining to whoever is in front of us or whoever looks weaker than us, regardless of his liability.

But here comes our hero. It is the flower pot, placed at the pedestrian side of construction sites (I guess placing them against the cars has little effect). Granted it looks more like the herbs in Biohazard (Resident Evil) game series, but greener is always better. And we are getting tired of empty apologies. 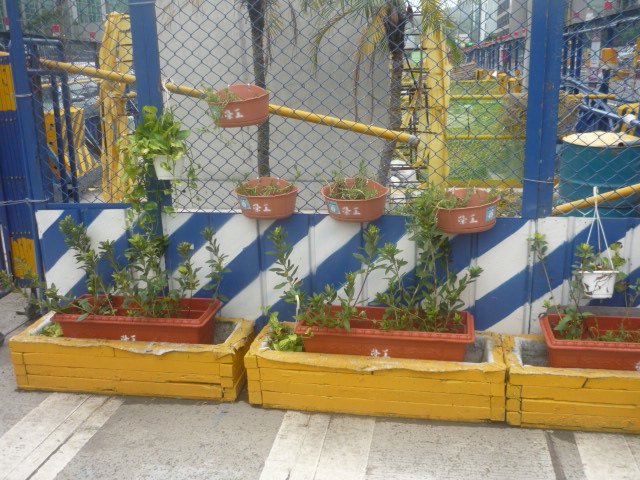 …Or maybe they look more like the out-of-control plants from The Day of the Triffids.