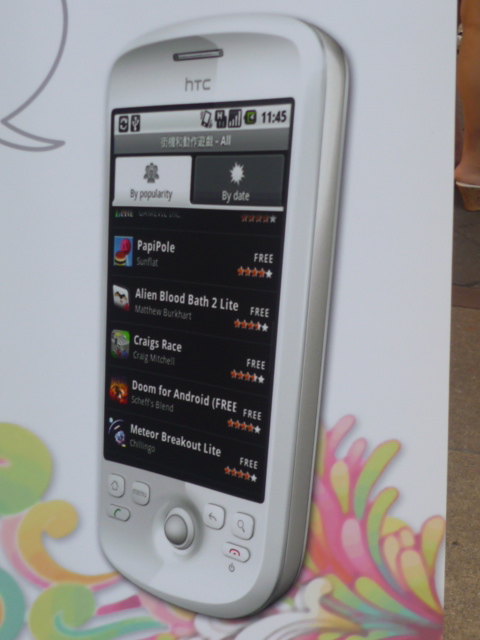 Well that war is long over. Nobody does iPhone better than Apple does, just as in the Starbucks coffee wars. It is a sort-of free world, you are allowed to coexist with the 'one', but you can never beat it – ideally. In case of Netbook, I am not sure if Asus has maintained its innovative lead with Eee PC – looks like it is still one of the biggest players, but not quite 'the one'. We can also take a look at another war that is supposedly going to take place: Nintendo vs. The Others. My bet is that while the 'other two' are busy updating their knives into machine-guns, Nintendo is busy building industries and houses for which warriors in 'MS kingdom' or 'Sonyland' might just abandon their weapon and head toward.

Back to the iPhone killers, Smartphone makers are waking up from their dreams and have started to do something different from iPhone. Large screen stays – everybody got accustomed to it, so keep it that way – but no more the all-flat panel. Bringing back the keyboard has already turned into a red ocean strategy, a bloody sea awaited by the sharks called BlackBerry. The answer? Walk the middle.

The latest smartphones are increasingly becoming hybrids between no keys and more keys. The new HTC in the photo looks promising: it has the trackball that made the BlackBerry famous for its ease of use. The HTC has just enough buttons to save users from being frustrated by the no-response finger tap dancing, and it kept the screen large. At a glance, looks like they got the right balance. On the other hand, that 'ideal balance' so much resembles the original Palm PDA…

Palm pioneered a new market, then smartphones with keyboards took it over, but users got tired of a thousand buttons, and finally here came the iPhone — at last things are going back to the original… Of course the iPhone (no button) stays, but looking at the rest, we again can appreciate how innovative the original Palm was. They just nailed it in the beginning, that is why other companies are falling back on it today.