I have taken pile of pictures and each of them with some background stories I wanted to tell. 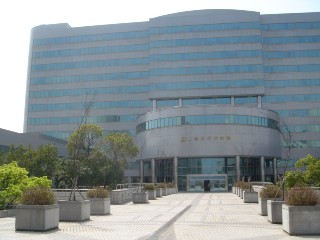 The customer’s office, though it is labeled as “No.51” – the whole facility consists of more than 60 buildings – it is a government funded research institute, which acts as a training facility for post-graduate engineers. The talented engineers, coming from all over Taiwan, all picks up something that might become fruitful in the future (while I was staying in Taiwan, the newspaper reported of a hybrid car prototype made by their automobile division). When a project becomes prospective, they “graduate” this institute and set up their own company. Some of Taiwan’s best known high-tech companies started this way, spinning off the institute; such as TSMC and UMC, who pioneered fabless semiconductor market. 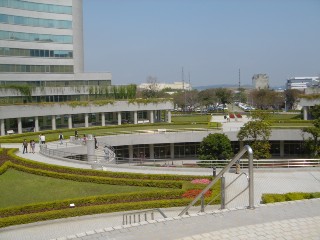 The institute as well as those high-tech industry is located in the science park inside Hsin-chu city. The locals call it Taiwan’s Silicon’s Valley. Although far more densed than the original(and there is no cow), driving through the high-tech building makes one feel like tripping ten years into the future. The nice thing is, 30 minutes off by car and you can still meet the bustling, traditional market. It’s the place where new and old crosses.

I have seen a couple of “science park” in China, in Shenzhen and in Beijing. But there, the existing old were quickly being replaced by the new – destruction and construction are coming as a set and soon everything will be filled with “new” – the fancy & tall building, boutique, Star Bucks, supermarket, and Macdonald. They have broke the traditional culture once by the Cultural Revolution and they are trying to do it again – nobody knows what will be lost forever(in this sence, there are a lot we as Japanese can advise them). It is a stark contrast with the counterpart in Taiwan. I haven’t asked them if it was intentionally done or not, but in Taiwan the mixture of new & old is still ubiquitous and they don’t seem to be volatile. The mixture will continue just like that in Hong Kong. Of course I welcome that; I, like a lot of my generation, have grown up watching Blade Runner and being fascinated with the crowded, misty city full of small shops, high-tech gadgets, and dark hideouts. 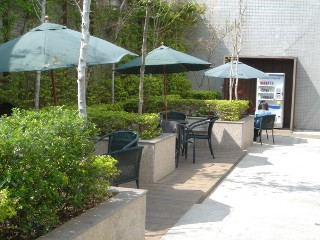 Although the building looks tasteless from the outside, it is quite comfortable inside. We have the place to take sunbath or chat (it is end of february and we took tea outside in T-shirts. How far I have come from Tokyo…) 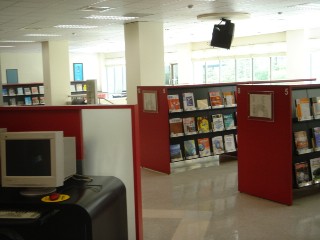 And they have a nice library as well. Not only Taiwan’s local newspapers and magazines, the English section also boasts rich set of essays, novels, magazines, and articles. The tea place is located next door, and they also have reclining chairs! I can stay here for months. 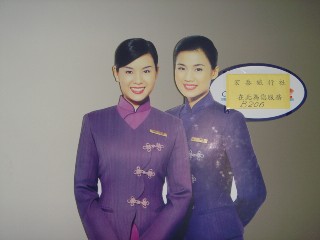 A local travel agency had set up a branch inside the building. Cardboard ladies — not bad… 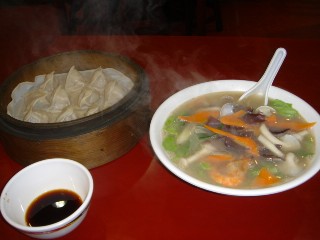 For the dinner. “Ramen To Gyoza” – Ramen noodle and Gyoza dumpling, is the default procedure when you enter Ramen shop. So I followed, and got this gorgeous dishes. I never had Gyoza served in this way, but it tastes so well!